As with most websites FlushKING uses cookies. In order to give a personalised, responsive service and to improve the site, we remember and store information about how you use the site. This is done using cookies which are simple text files which sit on your computer. These cookies are safe and secure and will never contain any sensitive information. They are used only by FlushKING or the trusted partners we work with. We’ve recently updated our Privacy Policy to give you more detailed information about your rights and how we use your data.

Top 10 weirdest toilets from around the world - FlushKing.

From the ultimate Loo with a view to a toilet that measures blood pressure, here is our countdown of the Top 10 weirdest toilets from around the world. I guarantee you won’t find any of these in an ordinary bathroom.

The iPoo Toilet is said to be for the “to-the-core” Apple fans. This posh loo has been made out of the same material as other Apple products and thanks to its sleek design will cradle your bottom nicely. 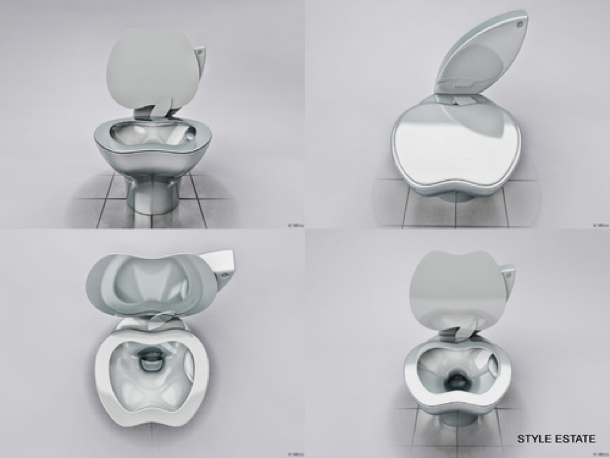 The Pure Gold Bathroom built by Chinese jewellery mogul Lam Sai-wing required 380kg of pure gold and 6,200 gemstones to complete the look and only set him back a cool $38 million. Enough to make your eyes water! 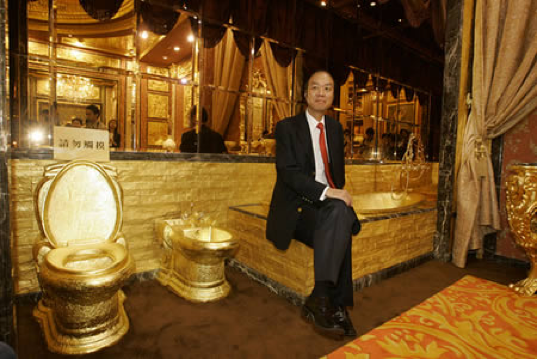 The Vertebrae is a fully equipped space saving bathroom of the future.  The Swiss army knife design manages to squeeze in a shower, sink, toiler and even storage space. However weighing in at 150kg you may need to reinforce the house! 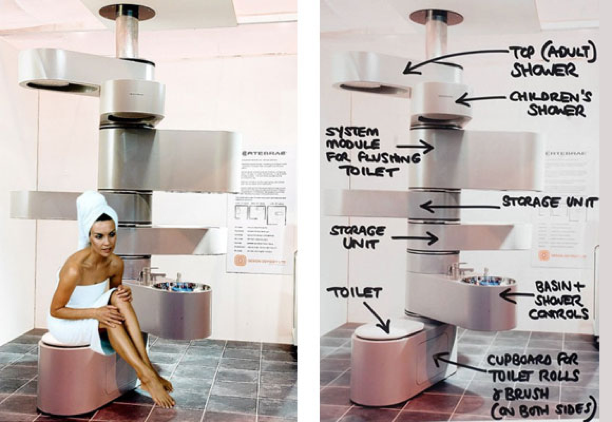 London’s Pop-Up Urinals are popping up across the city at night. These urinals have been designed to magically appear after hours in an attempt to tackle anti-social street urination. Due to the clever design the streets are as picturesque as ever during the day and are disguised as a man hole cover. 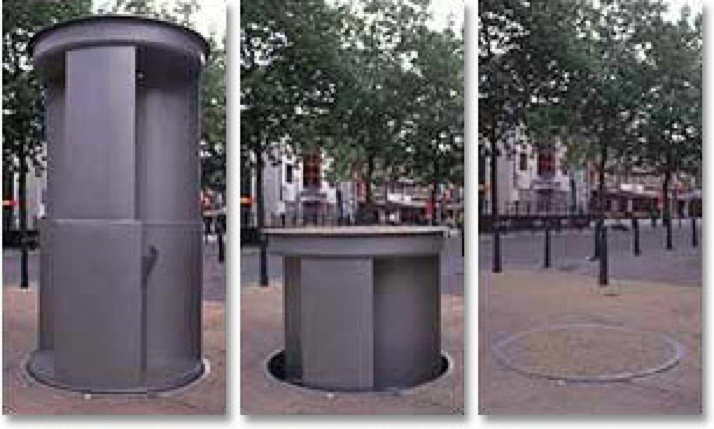 Loo with a view. 750ft above the streets on London you can sit and enjoy the view of the River Thames and the Tower of London. This toilet can be found on the 68th floor of the £2billion development The Shard which is currently Europe’s tallest building. 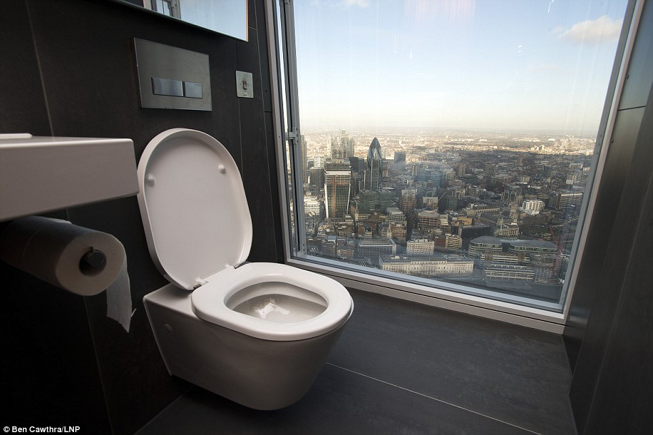 Giant Alien Toilet Eggs can be found in the award winning London restaurant called sketch. Each alien egg plays eerie music designed to put you at ease during your trip to the loo. Victorian maids are also on hand to reassure visitors that they haven’t just stumbled into an alien nest. How brilliantly bizarre! 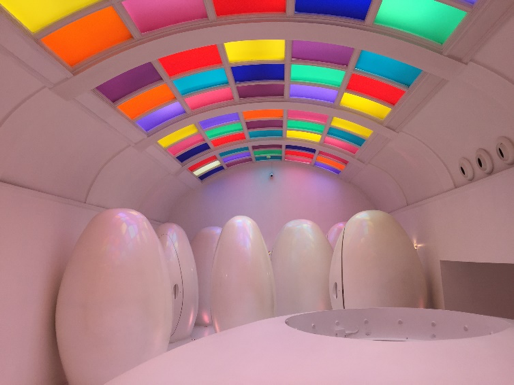 The Bottomless Bathroom is not for the feint hearted, situated above a 15 story elevator shaft in a 1970s Mexican colonial building in Guadalajara, México. What a way to make the most of a beautiful feature. 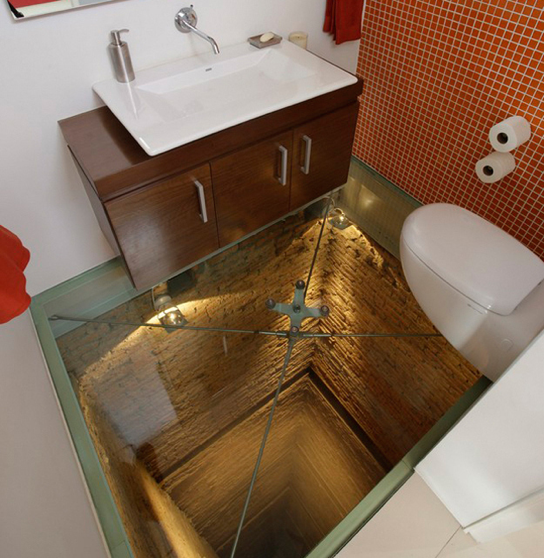 Toto Intelligence II is more than a toilet. Its doubles up as a doctor which can analyse sugar levels in urine, check blood pressure, body weight and even measure body temperature and hormone balance. Can your toilet do that???

The precariously perching toilet is balanced on the edge of a cliff in the Mountains of Siberia. This toilet was voted the most extreme place to do your business and is said to be visited by the brave, stupid and desperate. Wouldn’t like to be stuck there on a windy day! 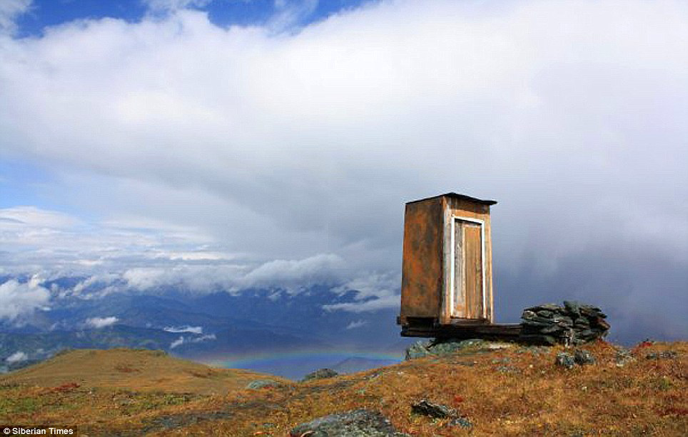 Another loo with a view however this one was installed at Glastonbury Festival by the charity WaterAid to raise awareness for the 2.5 million people around the world who do not have access to a safe and private toilet, something many of us will take for granted. The door of the toilet is a one way mirror allowing you to look out over your fellow festival goers but they cannot see you. Phew!