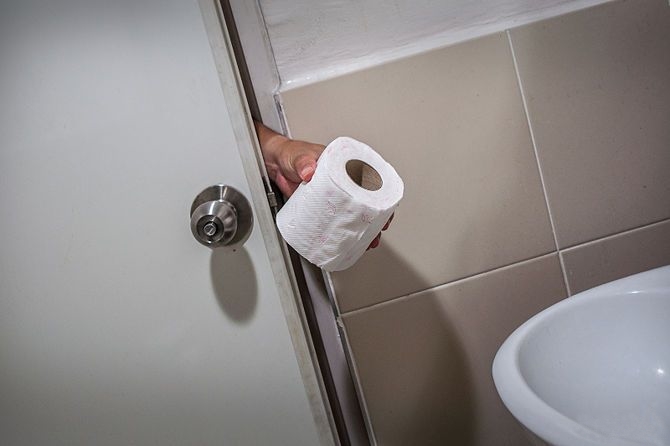 You aren't going crazy and it’s nothing to do with your post-Christmas diet, toilet paper really is running out faster. Toilet roll manufacturers have been meddling with toilet paper lengths for the past few years. Such pronouncements would have until recently, landed you in jail or even a spell in the stocks. It does sound insane but it’s actually happening. According to Consumer Report, ’the rolls become narrower, cardboard tubes grow in diameter, the number of sheets per roll falls, and the sheets get smaller’.

In 2010 the average square of toilet paper was a plump 4.5 inches by 4.5 inches. Enough to get the job done but since then it’s decreased by half an inch each way. As well as the actual toilet paper becoming smaller, the cardboard tube inside the roll has seemingly morphed into the incredible hulk.

Moreover, while the size of the product has decreased, the price has stayed the same. In some cases it’s even increased by 2%! You would think that this has led to large profits for the companies that manufacture toilet roll but that isn’t totally the case.

The reduction in quality and increase in cost has led economists to believe that these products can’t be selling that well. One reason for this may be that businesses such as cafes and restaurants are leaning towards using hand-dryers as opposed to hand towels and toilet roll as they are far more environmentally friendly – they leave no waste as well as using a minimal amount of electricity.

As annoying as that may be, it is good to see that more and more people are becoming environmentally conscious. It won’t be long before it starts to be seen as a bit uncouth to be seen going about wantonly wasting water.

Companies know that toilet paper is a must have for us Brits so maybe they are gambling on our preference for a bit of classic white. However, people can’t be throwing money down the pan on a bum deal. Will toilet paper just become smaller and smaller or will we just have to stop going to the toilet?